A Question of Insanity

Schizophrenia is “not a permanent mental disorder, rather imbalance increasing or decreasing depending on the level of stress. It is a recoverable disease … which … does not fall within the definition of mental disorder,” was Supreme Court judge Anwer Zaheer Jamali’s ruling in the case of Imdad Ali, while upholding the death sentence awarded him. The 50-year-old paranoid schizophrenic has been in jail for the past 14 years for the murder of a cleric.

The verdict is testimony to the dangerously erroneous view of mental health, held by one of Pakistan’s most qualified legal minds. But the most damning part about this ruling is not that Imdad Ali – a certified paranoid schizophrenic who is completely oblivious to his crime and the punishment conferred on him – would, if the sentence were to be carried out, lose his life, but that the highest upholders of the law in Pakistan have such a distorted understanding of schizophrenia and mental health.

Despite the global backlash to this decision, Khizar Hayat was set to be executed on January 17, this year. He too suffers from schizophrenia and has been in jail for the past 16 years, spending most of his time in solitary confinement. His 77-year-old mother visits him weekly, and sometimes he cannot even recognise her. The Justice Project Pakistan (JPP), which is handling Hayat’s case, has got him a temporary reprieve by winning a stay order from the court regarding his death sentence. Imdad Ali and Khizar Hayat are but two of many such examples who are suffering due to the inability of a legal system that fails to even grasp the notion of mental health, let alone its legal consequences.

The most basic research will establish that schizophrenia is one of the more severe mental disorders and that there is, at the moment, no ‘cure’ available for it. At best, if treated early, it could help normalise a patient’s life to some degree.

In a country of 200 million plus and only 500 practicing psychiatrists, with the dire lack of education, compounded by the general stigma against mental health, it would have been nothing short of a miracle if Imdad Ali and his family had even known what schizophrenia was before he was convicted, let alone having him treated for it. Paranoid schizophrenia is a lifelong illness and can prove to be devastatingly debilitating. If left untreated, according to the American Psychiatry Association, its symptoms can include hallucinations, auditory delusions, paranoia and suicidal thoughts.

Ali’s sentence, though subsequently stayed after appeal, by the Supreme Court, is a graphic indicator of the prevailing attitude towards mental health even in the sanctums of legislative power. Until the passage of the Mental Health Ordinance (MHO) of 2001, the only legal framework addressing the rights and treatment of the mentally ill was the Lunacy Act of 1912. Unfortunately, the MHO – which is rarely invoked in any case – is an impotent medical and legal document. Imdad Ali’s verdict was actually decided on the basis of the English, not the medical dictionary guides, for the terms ‘schizophrenic’ and ‘mental illness.’

The original sentencing for Ali was in direct violation of the International Covenant on Civil and Political Rights that Pakistan is a signatory to. And the fact that an independent and impartial clinical diagnosis of Imdad Ali’s condition was blatantly ignored, and his 2012 appeal rejected by the courts, demonstrates that even when the rule of law favours the mentally ill, there is no guarantee it will be taken into account while giving judgement. 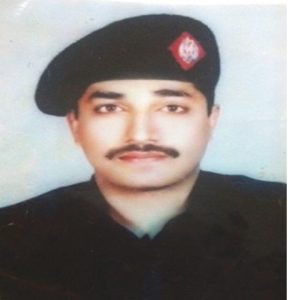 Several years ago, while working on a short documentary on heroin addicts for a TV channel in Karachi, a trip to a ‘rehabilitation centre’ that was slotted to feature in the film, proved a huge eye-opener. There was no segregation of patients on the basis of either gender or age (adults were kept alongside children), or affliction. There were battered women, drug addicts, schizophrenics, abandoned geriatrics – and even a boy of about six, covered in bruises, tied to the bannisters because the centre’s residents claimed he was crazy and that if untied, would run away – all cohabiting in the centre. All these patients, and not a single mental health professional at the institute to see them.

According to prevailing laws, at present each province in Pakistan is individually responsible for mental health, and even though Sindh and Punjab have enacted the laws governing this area of health, neither has implemented them in their respective provinces to date. According to the World Health Organisation (WHO), there are only five government psychiatric hospitals in the country, and while there are private practitioners working in the field of mental health, their qualifications and modes of treatment cannot be certified. To add injury to illness, according to a CNN documentary, 60 per cent of the psychiatric medication available in the country is counterfeit and most of the pharmacies do not even ask for prescriptions for such medications.

In addition to this bleak situation is the prevalence of superstition, faith healers and shamans in Pakistan. Many political leaders, including Benazir Bhutto, Asif Ali Zardari, Nawaz Sharif and Raja Pervez Ashraf, have been known to desist from taking decisive action on issues ranging from the unimportant to the significantly urgent, without advice from their pirs.

Earlier last year, a family took their ‘deranged’ son to faith healers who demanded Rs.10,000 for curing him. Their ‘treatment’ comprised the infliction of torture with iron rods and clubs, and the slashing of his tongue. When he finally passed out, they fled, leaving him for dead. There are also innumerable cases of women being sexually and physically assaulted by pirs, crimes which are not responded to by the patients’ loved ones as they believe it is part of the healers ‘divine cure.’ A case in point: even though one woman was so badly tortured that she actually died at the hands of a charlatan posing as a pir, in a case last April, her family refused to press charges or get a postmortem done. She was buried without any investigation as to the cause of her death. There are also known cases of pirs burning the patients’ flesh, of placing them in restraints, and of keeping them in solitary confinement.

Clearly, among the poor, disenfranchised and ill people in Pakistan, those suffering from mental health issues are among the most vulnerable. There is no safety net available to them; they are often a source of shame and begrudging expense for families, they are targets of ridicule in their communities, and they are in an abusive relationship with the state in regard to their rights and the next-to-no protection afforded them.

According to the WHO epidemiological formula for the estimation of psychiatric problems in any given population, one-tenth of the population suffers from neuropsychiatric conditions and one per cent from severe mental illnesses at any one time. Using this as the yardstick to measure the situation in Pakistan, with a population of 200 million, this would mean that two million people suffer from severe mental health disorders, such as schizophrenia and schizoaffective disorder. Additionally, 20 million people are presumed to have conditions such as bipolar disorder, social anxiety, sleeping disorders, Alzheimer’s or clinical depression. This is a conservative estimate, given the secrecy surrounding mental disorders in our society, but even these statistics point to the gravity of the situation. According to Professor and Chairman Psychiatry at Dow University of Medical Sciences, and an influential member of the Pakistan Psychiatric Society, Dr. Raza ur Rahman, with less than 500 qualified psychiatrists in the country, that would mean there is just one psychiatrist for half-a-million patients.

To compound this dire situation, there are an exhaustive amount of case studies directly linking domestic and child abuse (sexual, emotional and physical) to an exacerbation of mental health disorders in individuals. According to a recent report by physician, field researcher and PhD in sociobiology at Aga Khan, Dr. Tazeen Ali, domestic abuse is a lived experience for every second woman in Pakistan. Due to the poor quality of life, combined with ongoing socio-politico-economic stress, almost 50 per cent of the country is said to suffer from anxiety and/or depression.

However, despite the fact that there is much more information and much less stigma attached to mental illnesses than in the past, Founder Convener of Pakistan Psychiatric Society and Pakistan’s leading psychiatrist, Dr. Haroon Syed Ahmed, laments the fact that individuals continue to suffer in silence rather than seek treatment. And if untreated or misdiagnosed, mental illness can even prove fatal. In a country like the United States, suicide is one of the top 10 causes for death in men. What, one wonders, are the statistics in Pakistan, where patriarchy and a culture of shame and silence keeps those who suffer from such an affliction isolated.

Dr. Haroon believes this culture of silence and shame is, in fact, largely responsible for the increase in cases of mental health disorders every year. 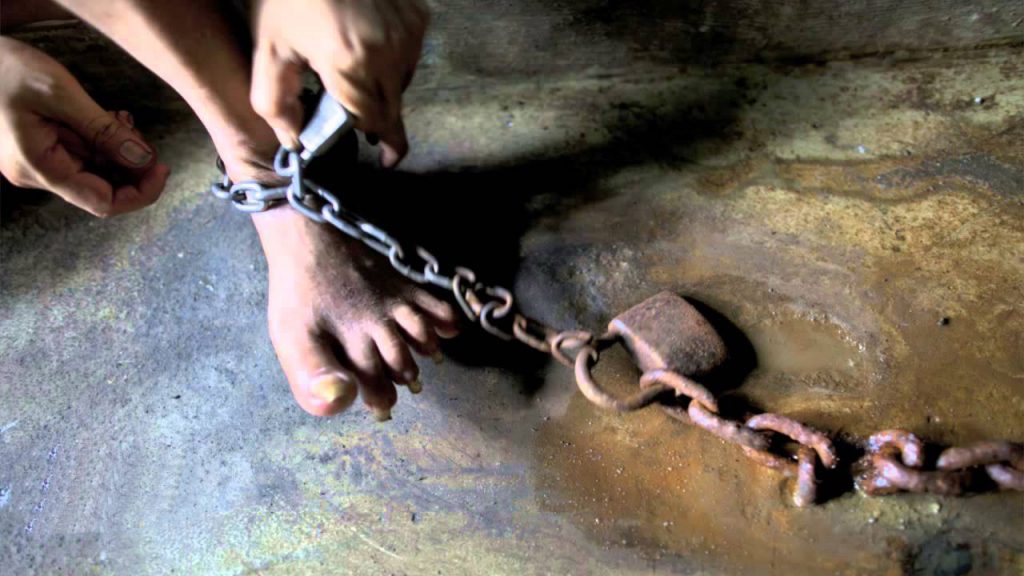 Impossible odds: One psychiatrist for every 500,000 people – of whom almost 50 per cent suffer from anxiety and depression.

Dr. Saadia Qureshi, CEO of Aman Foundation’s mental health initiative, Mashal, says that it is imperative for families to engage in a healthy, open, honest dialogue with each other. The younger a brain, she contends, the more impressionable it is, hence is it important to nourish and protect a child while he/she is young. In Pakistan, corporal punishment is commonplace, and sexual education for our children virtually non-existent. Between the damage inflicted by the former and the lurking dangers for vulnerable children completely unaware of the dangers of sexual abuse and crimes, a large segment of Pakistan’s children are at risk of succumbing to mental disorders – an almost inevitable fallout of such crimes.

In a country with millions suffering from mental disorders, it is shocking at how little has been done to address the issue. The Pakistan Psychiatric Society has been working towards creating laws that can protect the rights of mentally impaired patients, but the Sindh Mental Health Act of 2013 they formulated, is still pending, and till it is passed the only protection for the victims of this malady is the kindness of family or friends. Dr. Haroon Ahmed, who has worked tirelessly for the rights of the mentally ill, is optimistic the Act will soon become a part of our laws. Dr. Rehman meanwhile, feels that the Act in itself will not be of any particular merit unless there is a sea-change in the creation of awareness of mental health issues. According to him, people can be educated through public service messages regarding mental health and a helpline that they can use to access at least some basic guidance and care in regard to mental health.

Several NGOs are also trying to move into the area of mental health. Taskeen, a not-for-profit NGO, for example, is working on alternate therapies, one of them being a ‘drum circle’ that they arrange every week in different parts of the city. This aims at engendering a measure of catharsis for people suffering from mental health issues through music and dialogue. While this is an unarguably admirable effort, it is just one sliver of light in a very dark area.