Our Constitution recognises the significance of education. Article 25A (added by the 18th Amendment) provides: “The State shall provide free and compulsory education to all children of the age of five to sixteen years…” In Article 37, the Constitution envisages, “the State shall (a) promote, with special care, the educational and economic interests of backward classes or areas, (b) remove illiteracy and provide free and compulsory secondary education within minimum possible period,” and “(c) make technical and professional education generally available and higher education equally accessible to all on the basis of merit”.

There is little to show for against the specific Constitutional command of Article 25A while we have made the entire chapter of the Constitution containing Principles of Policy (including Article 37) redundant. According to the statistics published by Alif Ailaan, there are 22.6 million boys and girls out of school — that’s nearly half (44 percent) of all children in the country; 43 percent of government schools are in a dangerous or dilapidated condition and lack basic facilities such as furniture, bathrooms, boundary walls, electricity and running water; 21 percent government primary schools are operating with single teacher and 14 percent with single classroom.

Government’s reply? Public expenditure according to the Pakistan Economic Survey, on education in 2016 was 2.3 percent of GDP. This is lowest in the region. Of the devolved budget to the provinces; salaries chuck 75 percent to 90 percent of provincial allocations. Despite that there are unspent educational budgets by the provinces every year. Education is in dire straits not because of meagre resources but due to lack of political and social engagement by the state. Resource generation and allocation would only follow if there is a will to improve and reform the system.

Public expenditure, according to the Pakistan Economic Survey, on education in 2016 was 2.3 percent of GDP. This was lowest in the region

The government’s neglect has created space for alternative systems. We don’t just have poor facilities; we have poor segregated facilities. There are multiple streams of education in this country. We have elite private schools dedicated to preparing students for external examinations, we have colonial residential schools, we have schools run by armed forces and we have government run schools. Then there are different mediums of instruction in government schools. The rise of private tuition as a system of education now cannot be ignored.

The well off can escape the penalties of bad schooling or instructions by spending money on getting additional teaching. This as an alternative to primary and secondary education, is virtually unknown outside South Asia. The least privileged in society have another stream of education: Madaris. The upshot of all this is; our children as they turn three, their paths diverge and they grow up in parallel worlds. 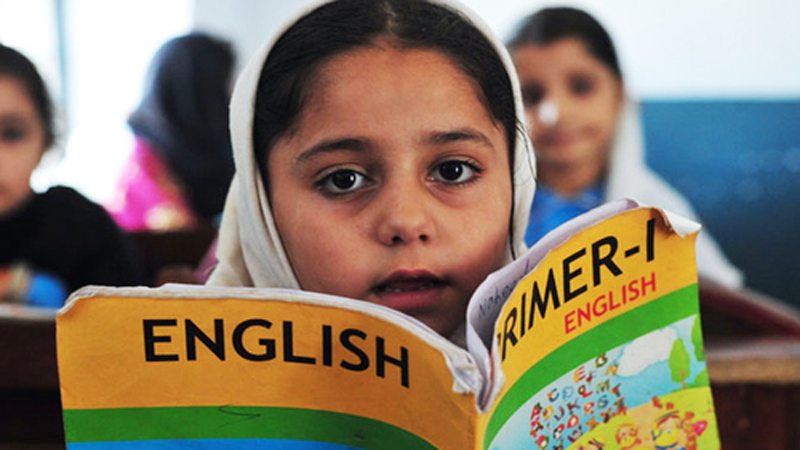 This polarisation affects children without means, who are left behind and spend their entire lives catching up. Since Gaines v Canada (1938), NAACP-LDF began an incremental campaign to challenge Jim Crow (popular name for laws that sanctioned racial segregation in the US) in the context of public education.

The advocacy group and the American people fought a long and patient battle for civil rights, gradually chipping away at segregation in public schools based on race and finally arrived at Brown v Board of Education (1954). The case decided segregated public schools are unconstitutional. Chief Justice Warren penned: “To separate them [coloured kids] from others of similar age and qualifications solely because of their race generates a feeling of inferiority as to their status in the community that may affect their hearts and minds in way unlikely ever to be undone”.

Segregation can come in various forms. In modern day Pakistan, we segregate between those with means and those without them. Separate educational facilities are inherently unequal. And they cannot be made equal. The school structures, syllabi, focus in assessments, books and capacity of teachers varies across each stream. These factors influence the development of a child from a young age. Students in government schools cannot compete, due to the academic training they receive, with pupils of private schools. A less privileged child, may break free and venture to carve out his upward social mobility but with heavy accent and crude manners, he would never belong. The lines of segregation we draw between haves and have-nots through our obsolete education system creates a foundation that is both immutable and unassailable. Segregated facilities, regardless of its form, whether along public-private lines or otherwise, betray the egalitarian mandate of our Constitution.

Article 3 of our Constitution entrusts the state to “eliminat[e]…all forms of exploitation”. If it means anything, it should mean that our education system must provide enabling structures and processes that allow our children to pursue their dreams. That there is equal opportunity for all. That every father should be able to tell his daughter, regardless of where we come from, all our dreams are valid.